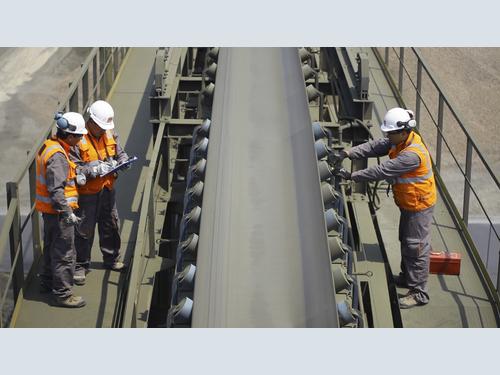 Conveyor service should be performed only when the belt is properly locked, tagged, blocked and tested. 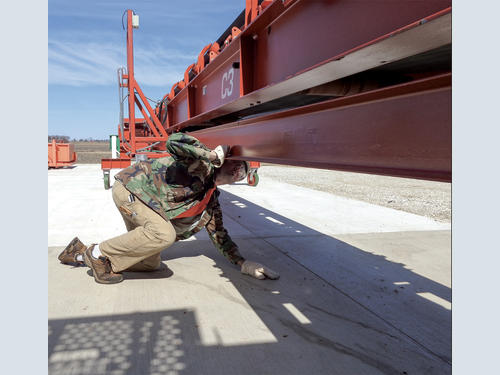 Taking a shortcut by crossing over or under a conveyor can lead to injury. 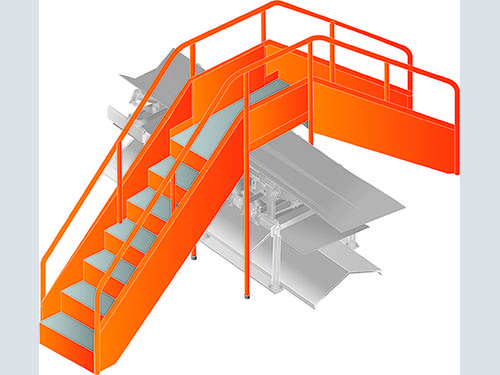 A designated crossover designed for that purpose is the only safe path to the other side. 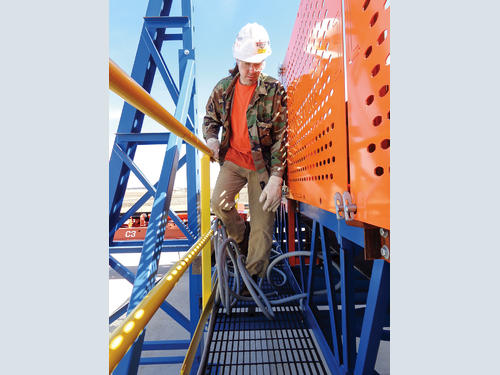 Obstructions such as discarded components, tools or spillage can cause a slip, trip or fall injury. 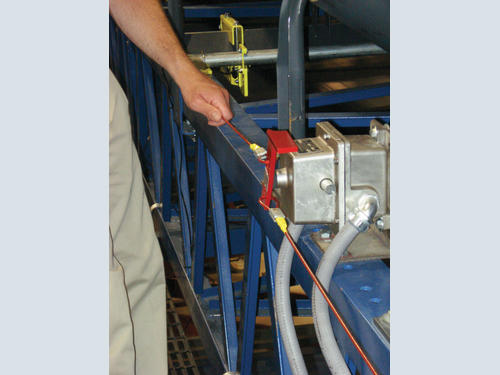 Safety equipment such as pull stops and emergency switches are vital to conveyor safety. 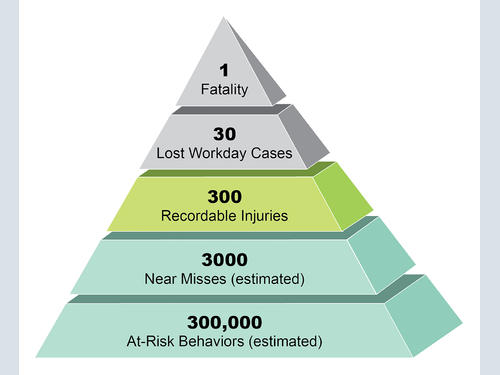 The most effective way to reduce fatalities is to minimize unsafe behaviors.

Because of their size, speed and high-horsepower drive motors, conveyors pose a number of risks to personnel working on or near them.  In addition to all of the physical danger zones, when an injury occurs, “fault” is often attributed to injured workers’ actions or inactions.  However, safety experts point out that injuries generally occur due to a series of factors.

“Accidents are typically a result of a complex combination of probabilities, rather than a single unsafe act,” observed Martin Engineering Process Engineer Daniel Marshall.  “Except for the unsafe act, it can be said that the accident would not have occurred if there was a safer design, better maintenance or less pressure for production.”

Assessing the Risk of a Conveyor

A thorough risk assessment by trained professionals is the ideal way to bridge the gap between workers and managers when the rules need review, to identify hazards and implement controls to reduce risks.  “A belt conveyor is a powerful machine with thousands of moving parts,” Marshall continued.  “These moving components might severely injure a worker, and can produce that injury in a fraction of a second.”

A typical conveyor belt moves at a relatively constant speed, commonly running between 0.5 to 10 meters per second (≈100 to 2000 fpm).  At the very minimum, a worker who inadvertently touches a running conveyor belt -- even with world-class reaction time and total focus on the danger of a conveyor -- will come in contact with at least one carrying idler, and the potential is there to hit return idlers, chute uprights, stringer supports, pulleys and drives.  The results are often disastrous

Working Around a Moving Conveyor

It’s been estimated that 2/3 of the fatalities involving conveyor belts take place while the belt is moving, usually as a result of a worker becoming entangled or crushed by moving equipment.  The majority of these take place when maintenance or housekeeping is being done on or around an energized conveyor.

These fatalities are generally caused by two compounding practices.  The first is performing maintenance without thoroughly locking, tagging, blocking and testing the conveyor.  Another unsafe practice is touching a moving conveyor belt with a tool or implement of any kind.  When these two choices are combined, the results are usually severe and often fatal.  Even working on a conveyor that is turned off, but not locked out, can lead to tragedy.

“An intelligent and creative worker will often invent or discover ways to expedite certain functions or make work easier,” Marshall said.  “Unfortunately, some of these shortcuts bypass safety hardware and/or best practices, putting the worker in harm’s way.”

The most common of these workarounds involves the improper locking out of a conveyor system.  The purpose of a lockout is to de-energize all sources of energy, whether latent or active.  Failure to properly lockout can exist in many forms -- varying from disregarding lockout requirements, to working on a moving conveyor, to improperly stopping the conveyor.  An example would be pulling the emergency-stop cord and assuming that the conveyor is de-energized.

Another common workaround involves entering a confined space without following established procedures.  A confined space is any enclosure that is large enough and configured so that an employee can enter and perform assigned work, has limited or restricted means for entry or exit and is not designed for continuous employee occupancy.  Very specific rules apply to workers when dealing with confined spaces.  Failure to follow those rules can result in increased danger or death.

Other potential unsafe behaviors include crossing a conveyor in a risky manner.  Conveyor belts are often lengthy systems bisecting a production facility.  Workers may be required to cross a conveyor line to get to an area that is in need of service or maintenance.  To save time, a worker is likely to step over or cross under a conveyor.

Crossing under offers multiple hazards.  If any of the worker’s body parts come in contact with the moving conveyor, it will either act like a grinder and abrade the skin or pull the worker toward rolling components.  Crossing under also places the worker at risk from falling objects.

Anything in a worker’s line of travel is a potential obstruction.  These can range from piles of spillage, items lying on the walkway or work areas, as well as low overheads.  An obstruction can cause several hazards, the most obvious being the opportunity for a trip or fall.  If the obstruction is in the middle of the walkway, a worker will have to go around it.  If that revised path brings the worker closer to a conveyor, this decision places the worker closer to the hazards of the conveyor.

“Emergency-stop pull cords are the last line of defense if the belt needs to be stopped quickly in response to an entrapment or impending equipment failure,” Marshall added.  “The reaction time when such an event occurs is usually extremely brief, so workers need a way to stop the conveyor as fast as possible.  In addition, the belt will not halt immediately and must coast to a stop.  If the cord is broken, the switch is not working or the system is disabled, workers have lost the one final tool they have to protect themselves.”

The Multiplying Effect of Unsafe Practices

Often an accident occurs due to a combination of several poor work practices.  A Mine Safety and Health Administration (MSHA) Fatalgram from 1999 in the USA recounts an event that caused a fatality at a mine when a worker entered an unguarded area alone, near an operating conveyor that was not locked out.  The worker’s clothing then became trapped in the conveyor’s operating tail pulley.  Four unsafe practices and two unsafe areas combined to produce a catastrophic event.  Any individual factor may have led to injury or even death, but the combination essentially sealed the worker’s fate.

In a 2003 study, ConocoPhillips Marine found a correlation between fatalities and unsafe practices.  The study showed that for every fatality there are an estimated 300,000 unsafe behaviors.

The research also quantified lost-time accidents, recordable injuries, and near misses.  These are independent variables, so the numbers do not mean that Lost Day Incident number 31 will be a fatality.  But they do indicate that there is a statistical probability of a fatality for every 30 lost workday incidents.  As a result, statistically speaking, an effective way to reduce fatalities is to reduce unsafe behaviors.

“While even one unsafe practice has the statistical potential to lead to serious repercussions, conveyor accidents are rarely the result of a single action,” Marshall concluded.  “More often, they result from a combination of company culture and unwise decisions.  If workers can eliminate these unsafe practices and minimize their presence in danger zones, their chances of avoiding an accident will improve considerably.”