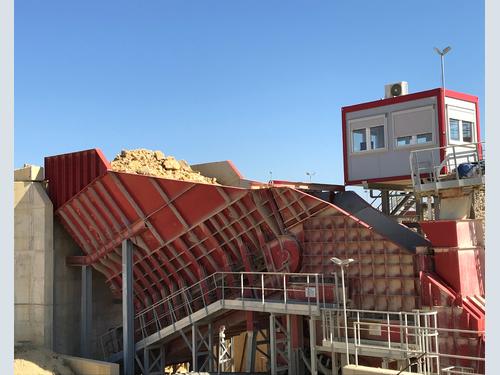 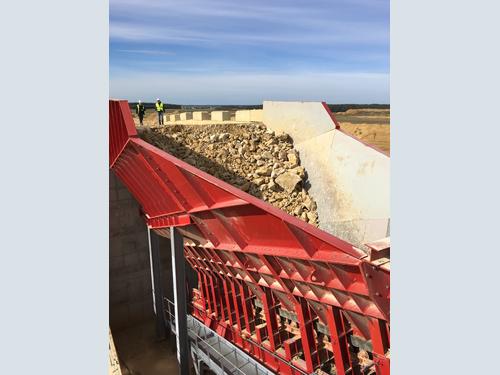 Conveying Equipment from AUMUND operates for years with exceptional reliability...

In 1998 Cementownia Warta put AUMUND equipment into operation for the first time, in its plant near Dzialoszyn. To date, AUMUND Fördertechnik GmbH has supplied more than 20 machines to this plant in central Poland from Rheinberg in Germany, and has been working continuously with the customer to develop equipment, including five AUMUND Pan Conveyors type KZB. Since these were commissioned last year, they have been operating with such remarkable reliability that in mid-2020 Cementownia Warta ordered a further Arched Plate Conveyor type BPB-SF in heavy-duty design. This conveyor is to be supplied before the end of the year, for its new limestone crushing facility.

As part of the project to construct the 120,000-t clinker silo, AUMUND planned the clinker conveying circuit for silo feeding so that a second, identical silo can be connected at a later stage without having to make any significant modifications to the existing plant layout. Space has been left in the bridge to the future silo to install a further Pan Conveyor to feed the second clinker silo.