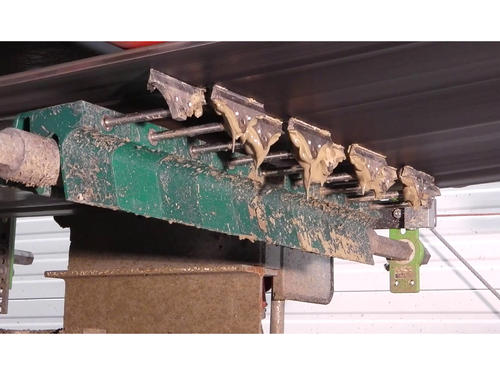 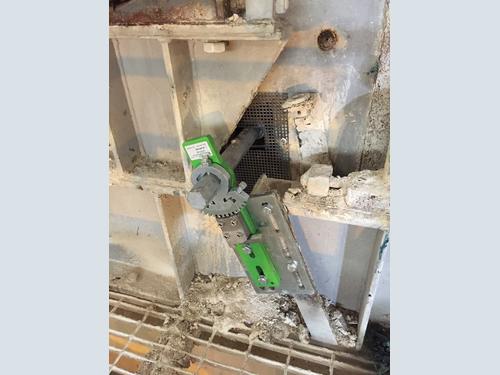 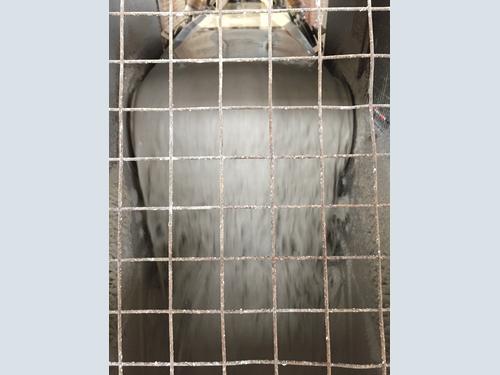 Carryback and cleaning challenge
He needed to reduce the amount of time that was spent cleaning underneath the plant’s conveyors. This laborious task distracted from vital repair and preventative maintenance work and proved expensive.

As anyone in the industry knows, conveyors are critical to the production process and these were no different, conveying chalk in all its forms through the plant, including raw chalk, chalk slurry and flint with chalk fines. Unfortunately, the broad variation in the raw material presented a variety of belt cleaning challenges. The chalk adhered to the belts in all its forms but proved particularly problematic when wet. The maintenance team spent at least two hours per day, if not longer, cleaning material carryback from underneath the conveyors.

A number of alternative belt scraper systems, in a range of combinations, had been installed in an attempt to solve the problem but, despite vain efforts, the problem persisted. In desperate need of a solution to their conveyor carryback and cleaning problems, the site turned to ProSpare to see if they could help.

Starclean solution
The ProSpare bulk handling team visited the site and assessed the conveyors in question. They recommended their industry-leading belt cleaner from Starclean, installing the scrapers on every belt on site. Primary and secondary position cleaners were specified according to the conveyor structures, but all cleaners were fitted with replaceable tungsten carbide blades and the 800 series quick release tensioning device.

The cleaning efficiency delivered by Starclean has reduced clean-up requirements by at least two hours per day, saving the maintenance team over 500 hours and £12,500 per year.

Reaping the benefits of their new belt cleaners, the maintenance manager said: “The time we’ve saved can now be better spent on maintaining equipment elsewhere in the plant, contributing significantly to the smooth running of the plant. A particularly noticeable result was highlighted on our flint conveyor, where a single Starclean belt cleaner was installed in place of three other scrapers, resulting in a notable increase in cleaning performance.

“I’m more than happy with Starclean. Not only has it solved the issue of spending two hours cleaning under the conveyors, all of the blades have lasted at least 12 months and the scraper blades on one particular conveyor are still in operation after 18 months.”